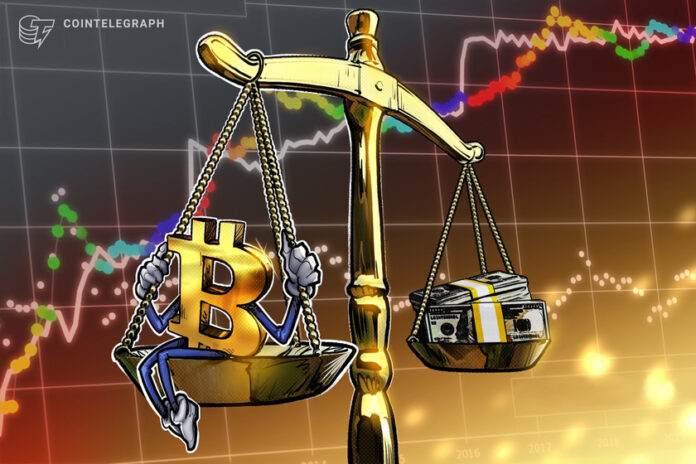 As global inflation rumors continue to circulate, debates rage on both inside and outside of the decentralized finance space on whether Bitcoin is the answer.

Inflation is a buzzword penetrating the finance world, both traditional and decentralized. International leaders continue to debate whether current circumstances can be deemed a recession. While financial industry experts ponder a solution to the situation.

As cryptocurrencies continue to become regulated, adopted and pushed into mainstream view, questions as to whether digital currencies such as Bitcoin (BTC) are the answer.

In the past, stablecoins have been used as a solution to protect savings from inflation. This can be seen in countries such as Venezuela, Nigeria and Argentina, where local populations have been fighting major instances of currency devaluation.

At the Bitcoin Amsterdam conference on Oct. 12, Cointelegraph spoke with Greg Foss, executive director of strategic initiatives at Validus Power Corp, on whether crypto and Bitcoin, in particular, is a viable inflation exit strategy.

Despite scrutiny toward Bitcoin’s role as an inflation hedge due to current market conditions, Foss believes it is one of the “most important technological and financial solutions to our looming debt crisis.”

The executive participated in a panel discussion if Bitcoin is the answer to the inflationary warnings.

“In my opinion, it is 100% a hedge to monetary inflation. What other solution is there? I don’t see any.”

However, Foss highlights digital currency as a hedge specifically against monetary inflation rather than a Consumer Price Index (CPI) hedge. Although the two are correlated, he says:

“Bitcoin has not performed as a pure CPI hedge, because monetary ease has been withdrawn from the system. It’s what’s caused all of our stocks to fall.”

He further stated that, over time, he believes Bitcoin’s role will develop but it is still young.

As Bitcoin continues to be questioned as an answer to inflation, gold has been a classic example of a safe investment in times of market volatility.

Related: The market isn’t surging anytime soon — So get used to dark times

When asked about Bitcoin’s role in relation to gold as a hedge to monetary inflation hedge, Foss highlighted the fact that the total supply of gold is unknown, whereas, with Bitcoin, that is 100% available knowledge.

“There is protection in gold. But in my opinion, Bitcoin is far superior. It’s got math and code. It’s defended by a decentralized protocol. You don’t mess with math.”

According to the executive, the way to do that is neither zero nor 100% allocation to a specific asset. “That’s the beauty of an asymmetric trade opportunity,” he concluded.