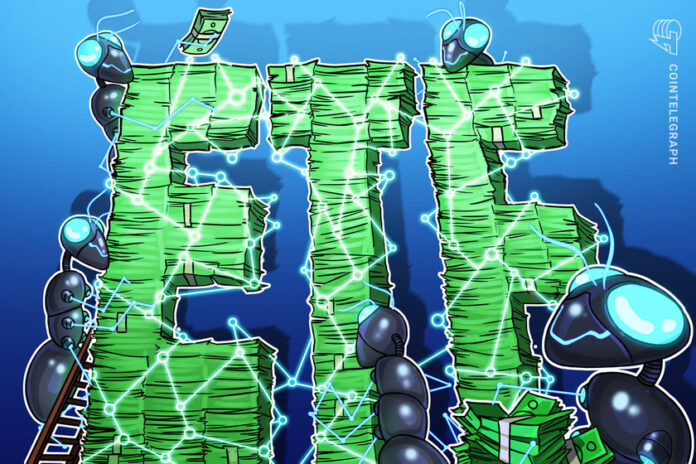 The ETF tracks the Bitwise Web3 Equities Index, with over 85% exposure to companies in Web3.

Bitwise Asset Management announced on Oct. 3 a new exchange-traded fund (ETF) to both institutional and retail investors, giving them access to companies “positioned to benefit” from Web3 growth.

Bitwise in a statement said it marks “the next wave of the internet’s development characterized by greater decentralization and individual ownership of data.”

We have exciting news! Today we launched the Bitwise Web3 ETF (BWEB), a fund designed to provide focused exposure to one of the fastest-emerging themes in technology. For more information about the fund, go to: https://t.co/8rjQbwFJrM pic.twitter.com/RumkXViGl8

Traded under the ticker BWEB, the ETF tracks the Bitwise Web3 Equities Index, with over 85% exposure to companies directly linked to Web3 business activities. This includes Web3 infrastructure, finance, Web3-enabled Metaverse and digital worlds, development and governance, and the Web3-enabled creator economy.

“The Bitwise Web3 ETF seeks to capitalize on this great opportunity by offering investors of innovation a straightforward way to access the space. It also leverages our expertise in crypto—the cornerstone of Web3—as many of these companies are centering their businesses on blockchain technology. We’re looking forward to seeing their anticipated continued growth as the space unfolds.”

Last October, the company filed its second application with the Securities and Exchange Commission (SEC) to create a spot Bitcoin exchange-traded fund (ETF). After delays by the regulator, the final decision is expected this month. The first proposal was sent in January 2019 and rejected by the SEC in October of the same year.

Web 3.0 is considered as the future version of the internet. Based on public blockchains, it is decentralized, meaning that rather than consumers accessing the internet via services mediated by companies like Google, Apple or Facebook, individuals, themselves, own and govern sections of the internet.