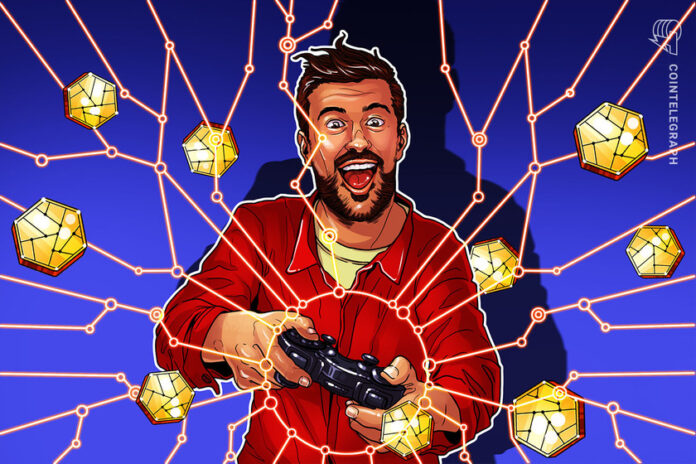 The Animoca Brands co-founder suggested that Asian gaming companies don’t have to deal with the same amount of pushback against NFTs that U.S companies have faced.

Animoca Brands co-founder Yat Siu thinks that GameFi has the biggest opportunity for growth in Asia, as gamers there don’t hold the same vitriol towards nonfungible tokens (NFTs) as they do in the West.

Sitting down with Cointelegraph during Asia Crypto Week, Siu argued that Asia generally has more of a welcoming culture towards gaming and advancements in tech such as NFTs, digital property and Play-to-Earn (P2E).

“I think that Asia has the potential to really lead in blockchain gaming, at least in the short term. And there’s a couple of reasons why I think that’s the case. Not just because, you know, there’s the most gamers in this region of the world. […] but it’s also because gamers in Asia are welcoming NFTs.”

The Animoca co-founder attributed this acceptance of NFTs to a broader Asian viewpoint on capitalism, which he suggested is viewed more favorably in the region — barring China — than in the U.S., as people see it as a path out of poverty.

He pointed to examples such as South Korea, which “only four decades ago” had the same size economy as North Korea but has swiftly climbed the global rankings through innovation, “creativity, legal frameworks, and property rights” despite lacking natural resources.

“The consumer in Asia looks at capitalism as a net-good fight. In other words, okay, there is inequity. There’s a guy who made a lot of money, but [people] think ‘I can get there too, or I have an opportunity,’” he said.

Drawing a contrast to the United States, Siu highlighted that capitalism draws a more demonized view by some people there, and rightly so as many people haven’t seen capitalism “work for them.”

He argued that this type of thinking ultimately bleeds into gamers pushing back on NFTs, as people worry about being priced out of the market with expensive NFTs that are seen as a “rich man’s tool.”

“When the headline news isn’t a $5 or $10 in-game NFT item, but a $300,000 Bored Ape well, then, you know it’s a little bit like saying the entire car industry is just Lamborghinis. That’s not true either. But that’s what we see. And so the rejection in the West comes from that lens.”

Expanding on the Asian context, Siu also emphasized that blockchain gaming is opening up access to venture capital from Silicon valley that hasn’t really been tapped before, especially in the context of countries like the Philippines where P2E gaming guilds have become quite popular.

He again highlighted that this is due to a vibrant ecosystem that is growing in Asia as many gamers are adopting the tech while many projects are actively innovating in the space.

“Now you have companies like a16z, not just ourselves investing but also Silicon Valley money moving into Vietnam and Philippines. I think that’s unheard of. So that’s kind of exciting as well. I do think Asia is pointing towards a web three blockchain gaming future. Broadly speaking,” he said.