Robinhood intends to devote its whole worldwide expansion to cryptocurrency 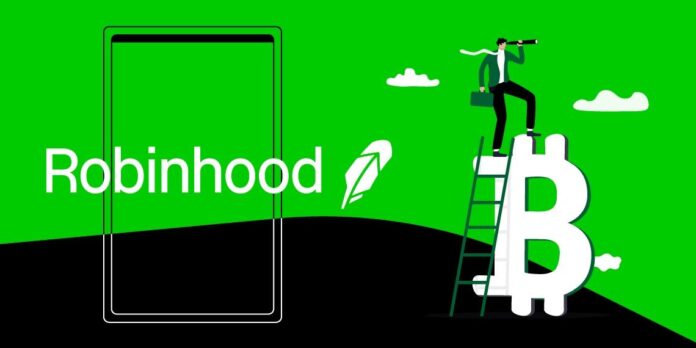 Robinhood focuses on ‘crypto first’.Crypto is the easiest way to achieve company goals.Robinhood’s meme stock phenomena is a probable fad.

Robinhood, a well-known trading application, is focusing on foreign development, a plan that will also see the San Francisco-based firm transfer a significant portion of its emphasis to cryptocurrency, according to Steve Quirk, the firm’s director of brokerage.

He also said they have ambitions to take this brand globally, with a particular focus on cryptocurrency. In spite of the fact that Robinhood’s products may not be as extensive as those of some other brokerages, Robinhood boasts some of the lowest fees in the market.

Because it’s one of the few stock brokerages that still allows free cryptocurrency trading, Robinhood stands out from the crowd. In contrast to pure-play crypto brokerages, though, Robinhood’s glitter begins to fad.

In 2021, Robinhood became a household brand, with retail investors boosting active user numbers and trading volumes. The stock prices of GameStop, AMC Entertainment, Blackberry, and Virgin Galactic, among others, soared, as did the company’s retail user base.

Crypto is the easiest way to achieve the company’s goals

The crypto first term comes off confusing to many. The reporter asked Quirk what he meant by “crypto first,” considering the existence of Coinbase and other significant cryptocurrency startups.

Quirk replied that he believes that the best approach for them to reach a worldwide audience and get the greatest momentum is via crypto, and then maybe through other components of the service.

He said that adopting the crypto route is the demanding path for the firm to take, noting regulatory considerations and “other parts” of the industry.

The CEO also weighed in on the “meme stock phenomena” of 2021, deeming it a “fad” in his estimation. By looking at consumer behavior, they are no longer even in the top ten most traded brands. It’s hardly a surprise that the company has decided to stop investing in meme stocks.

Before then, people on the internet were accusing Robinhood in 2021 of halting trading in GameStop stock and other so-called momentum stocks,’ which they said were the result of retail investors wagering against Wall Street firms that were struggling due to a pandemic of the virus known as COVID-19.

Robinhood Crypto, LLC, provides crypto trading services. Bitcoin, Ether, Ether Classic, Litecoin, Dogecoin, Bitcoin Cash, and Bitcoin SV are all on the platform right now. WenWallets, the platform’s digital asset wallet, was beta-tested by 1,000 consumers last month. By the end of March, the goal is for that number to rise to 10,000.

The Office of Foreign Assets Control enforces laws and regulations preventing foreign users from using the platform outside the United States. The company’s share value might arise due to a planned expansion with cryptocurrency at the forefront.

Stocks of Robinhood plunged by 15 percent in after-hours trading in late January, to $9.77, after the company announced poor Q4 financial results, including an estimated net loss of hundreds of millions of dollars. As of right now, the stock is trading at roughly $13.52, up 34% from its lows of January 28. In July, the brokerage priced its IPO at $38 per share, valuing the business at $32 billion at the time.