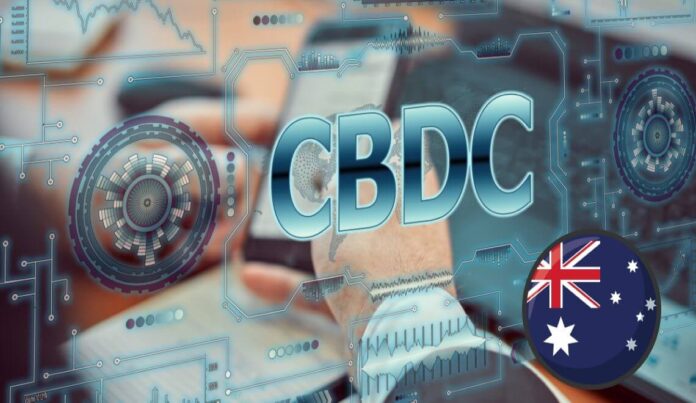 The Reserve Bank of Australia has entered the race to investigate potential use cases for a CBDC in the country. Australia is weighing in on the debate over central bank digital currencies (CBDCs). The Digital Finance Cooperative Research Centre (DFCRC) will collaborate with the Australian Central Bank on this particular research project.

In 2020, the Reserve Bank of Australia announced its plan to experiment with a possible CBDC in the creation of a proof-of-concept (POC). This was for the issuance of a tokenized digital dollar for use by the wholesale market. Attention is now being focused on a potential CBDC that may be used by individuals and firms.

The Reserve Bank of Australia has launched a one-year research project on CBDCs to assess their advantages and disadvantages. To do so, the RBA will collaborate with the DFCRC for a 12-month study. The collaboration’s primary goal is to emphasize the business advantages of creating a digital currency while also taking into account the potential drawbacks.

🏦 The Reserve Bank of Australia to Explore CBDC Use Cases 🏦

1/7 The Reserve Bank of Australia (RBA) said Monday it has teamed up with the Digital Finance Cooperative Research Centre (DFCRC) to begin exploring use cases for a retail central bank digital currency (CBDC).

According to a news release from Aug. 9, the Reserve Bank and DFCRC’s joint initiative will concentrate on “innovative use cases and business models” that may be aided by the development of a CBDC. The project’s timetable, as well as its technological, legal, and regulatory implications, will also be considered during the course of the project.

The Bank and the DFCRC will review industry use cases developed by stakeholders. The pilot will include the selected instances, resulting in a unique research paper.

The Australian Government has revealed that the Reserve Bank of Australia will release a white paper on its cryptocurrency research initiative in the following months. According to Deputy Governor Michele Bullock, as reported by news outlets:

This project is an important next step in our research on CBDC. We are looking forward to engaging with a wide range of industry participants to better understand the potential benefits a CBDC could bring to Australia.

The research project will also give significant attention to the use case scenarios of a digital currency for Australia’s central bank. At any time during the development of the initiative, interested industry participants can suggest new use cases that illustrate how a CBDC may be used to deliver innovative and value-added payment and settlement services to consumers and firms.

The RBA and DFCRC have the authority to pick the usage cases that will take part in the test. As a member of the steering committee, the Australian Treasury will participate based on a prior study into the idea of a CBDC.

Around the world, central banks have accelerated their efforts to establish a digital version of their national currencies. Over 100 countries have taken significant steps toward establishing CBDCs, with Nigeria and the Bahamas being among the first nations.

From the IMF’s viewpoint, cryptocurrencies are essential because they offer the potential to promote financial inclusion and make transactions more affordable. On the other side, concerns over privacy have plagued certain CBDCs, with China being compelled to issue a statement stating that its digital yuan will safeguard users’ privacy.

China’s “eCNY/” is well-established and has received broad public testing during the Winter Olympic Games in February, so other countries want to make sure they aren’t being left behind in the digital currency race.

The Bank of Thailand announced the start of a two-year pilot of retail CBDC testing on Aug. 5, which is expected to begin by the end of 2022.

The DFCRC is a $180 million research program sponsored by industry partners, universities, and the Australian Government that aims to bring together stakeholders in the finance business, academic institutions, and regulatory agencies to explore potential outcomes of the next market transformation.

A CBDC is no longer a question of technological feasibility […]The key research questions now are what economic benefits a CBDC could enable, and how it could be designed to maximize those benefits.

In a few months, the RBA will publish a paper detailing its project goals, and interested industry bodies will be able to participate.